For thousands of years, Native Americans lived where our (meaning everyone who arrived after the Native Americans) homes, stores, and parks now stand. They hunted for game in the hills, ravines, and forests of Chicagoland; collected mussels and clams and fished in what we now call Lake Michigan; and fell in love, cherished their families, complained about the snow and cold, created art, laughed at silly jokes, and mourned lost loves and their dead just like we do today. Western settlers are really just a ripple on the long river of time in Chicagoland and in what is now the United States. While many Native Americans were forced out of Illinois by war and unfair treaties, some managed to remain or return. So, the story of Native Americans in Chicagoland is not just one of ancient arrowheads and pottery found by gardeners, hikers, and construction workers, but also of modern-day Native Americans living life just like everyone else.

The Mitchell Museum of the American Indian (3001 Central Street, Evanston, IL 60201, 847/475-1030), is a great place to visit to see both the past and present of Native Americans—not only in Chicagoland, but throughout the United States and Canada. Here are 8 things to check out at the museum:

1. Exhibits that provide information and present cultural and religious objects from the following Native American cultures: Woodlands (east of the Mississippi River); Plains (west of the Mississippi River and east of the Rocky Mountains); Southwest (the Four Corners region: Colorado, New Mexico, Arizona, and Utah); Northwest Coast (Pacific coastline of Oregon, Washington, Canada, and Southern Alaska); Arctic (most of Alaska and parts of Canada) 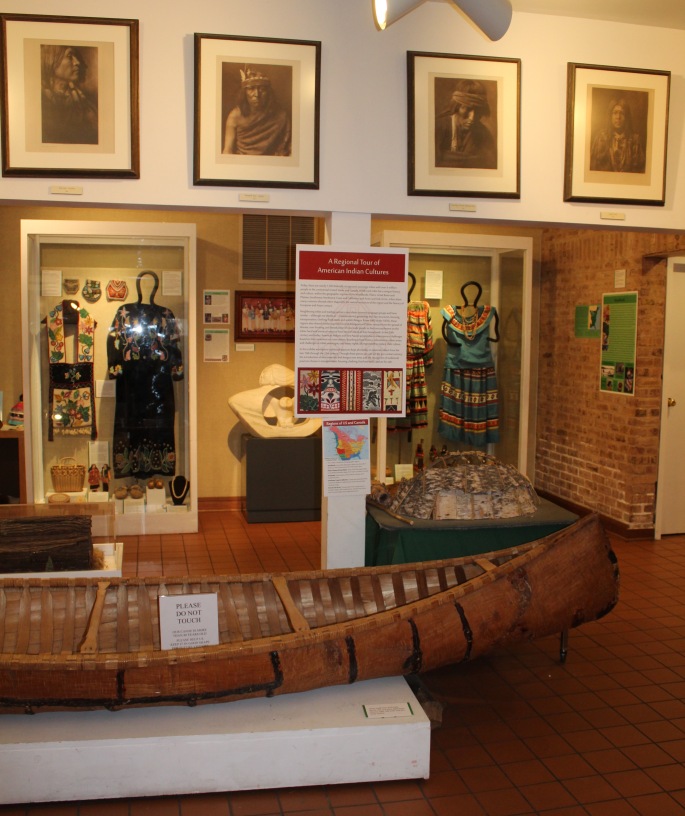 3. A hunting lodge that children can play in, while learning about Native American culture

4. An interpretive area where you can try your hand at weaving (my 8-year-old son especially liked the hunting lodge and weaving area)

5. A fascinating exhibit on Native American history in Chicagoland

7. A library/reading room that contains more than 3,000 library books, periodicals, videos, and DVDs

8. A small shop that offers artwork, books, and many child-friendly gifts.

Here are the hours and admission prices for the museum (but check with the museum for the most current information): 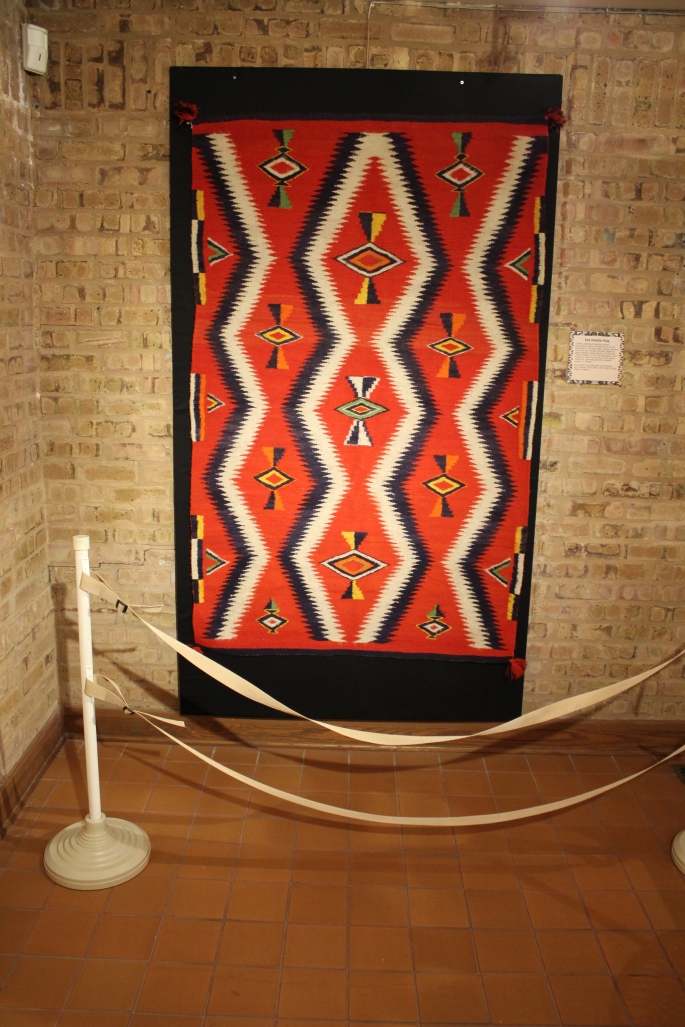 The Mitchell Museum hosts many events, including artist demonstrations, a film festival, a speakers series, and a Weekend Arts & Stories program. 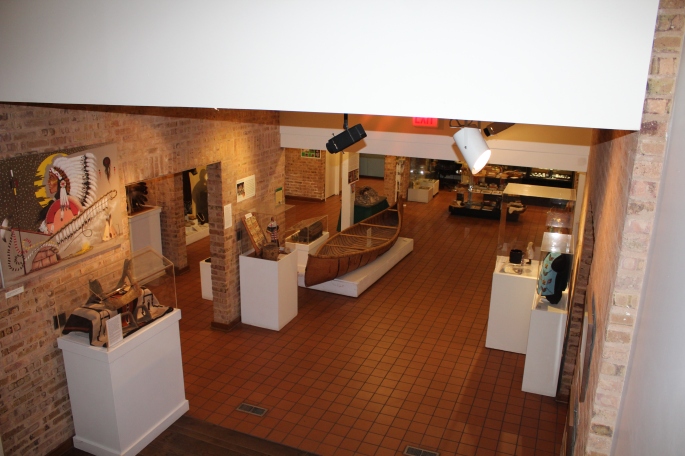 I should tell you that the museum is not huge, and you probably won’t spend more than 1 to 2 hours there during your visit. But the admission prices are low and the chance to learn about the fascinating Native American culture of past and present outweighs quibbles about museum size. Take your kids, expand their and your horizons, and have some fun. Go back without your kids—as I plan to do—to spend some quality time with the museum exhibits and library.

You should also treat a visit to the Mitchell Museum as the first stop on an exploration of the North Shore regardless of season. Enjoy the restaurants and shops of Evanston and surrounding suburbs. Drive the cobblestone lanes that wind through the beautiful neighborhoods that line the lake. Drive past, or visit, the Bahai House of Worship (beautiful) in Wilmette That’s what my son and I did.

I spent nearly every weekend of my youth and teens in Kenilworth at my grandparent’s beautiful white stucco home at 516 Green Bay Road (which is an old Native American trail). On our way up to Kenilworth, my son and I explored the neighborhoods that border Lake Michigan north of Evanston. There’s something really fun about having no place to go and time to explore.

We eventually ended up at Elder Lane Park/Beach in Winnetka. My son fell in love with the cool playground, while I became enamored with the views of the lake from the bluff and the sounds of the crashing waves. 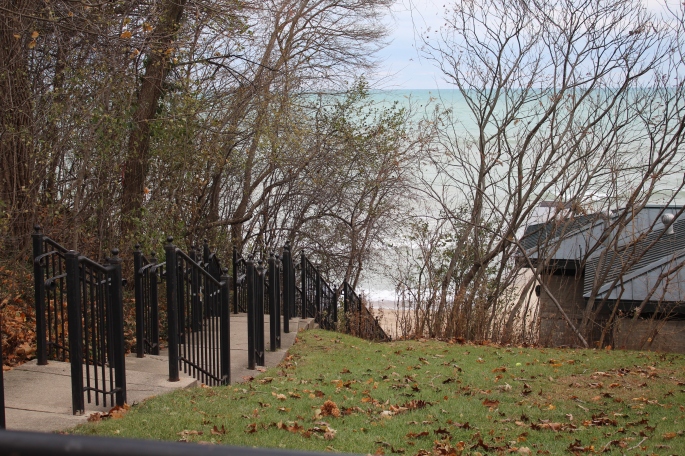 We eventually walked down to the lake. It was chilly, but invigorating to be near the sand and surf and piles of stones. I’m pretty sure that this playground and beach, as well as other beaches on the North Shore, are a tad more enjoyable during the summer. 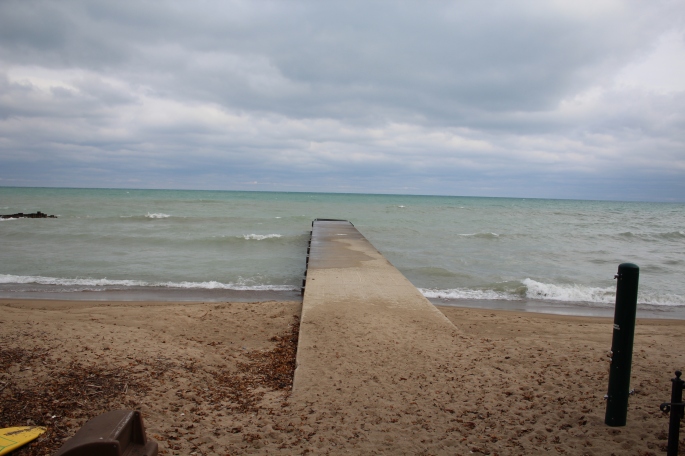 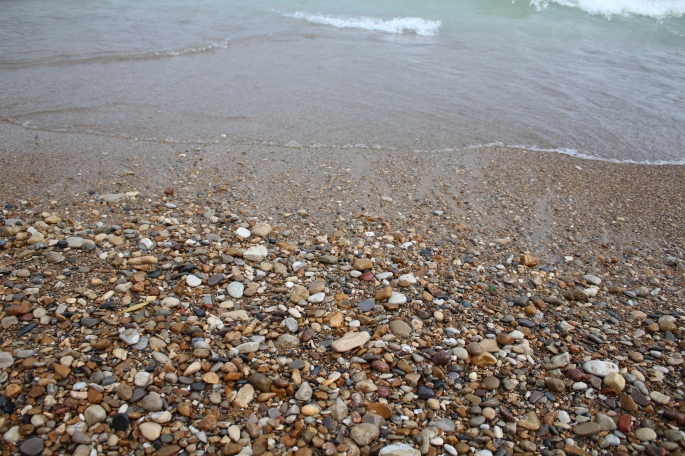 I’d like to tell you that my grandparents’ home and yard—at which I spent my childhood enjoying family dinners and holidays, listening to my grandpa’s gentle laugh, playing in rows of flowerbeds and vegetables, soaking in the musical sounds of Italian being spoken by my grandfather and my great-grandmother, playing Shoots and Ladders with my grandmother (who was the first person ever to laugh at my jokes), and climbing plum, pear, and other fruit trees—still stands. But, unfortunately, it was demolished and replaced by a parking lot and medical building several years ago. It was a bittersweet visit, but time marches on, and sometimes all we are left with are good memories.

5 thoughts on “The Mitchell Museum of the American Indian: A Great Place to Learn About the First Americans”