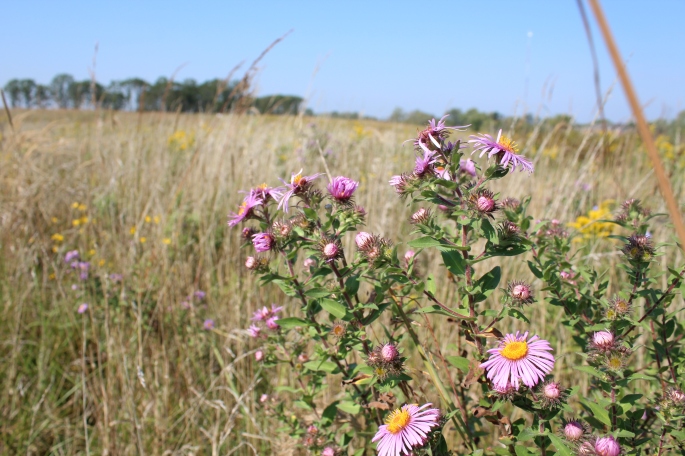 THIS DOESN’T LOOK PROMISING, I thought to myself, as I drove south on LaGrange Road toward Orland Grassland. LaGrange Road would be better named LaGrange Consumer Superhighway, with every possible big box store, mall complex, and chain restaurant imaginable in these densely packed suburbs. How could the Grassland be wild and serene if it was located so close to such a busy, retail thoroughfare? 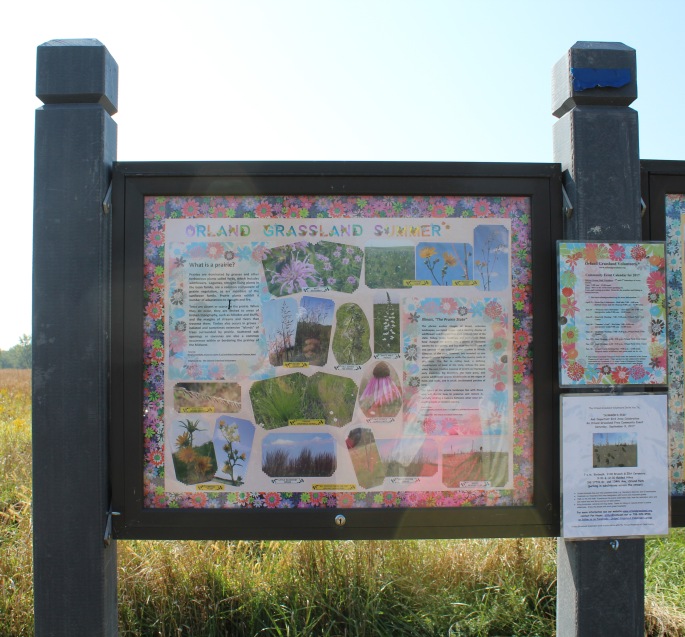 Yet, once my wife’s cousin Ellen (I consider her my cousin, too) and I pulled into the Grassland’s parking lot near 167th and LaGrange and began hiking in the 90-degree heat, I realized I was wrong. Very wrong. In moments, we were surrounded by 6-foot-tall prairie grasses, the soothing sounds of crickets, and a medley of wildflowers. Thoughts of malls, McDonalds, and motorways were replaced by the joys of nature. We were quickly taken back to a time before humans marked the land with roads, homes, bridges, and not-so golden arches. 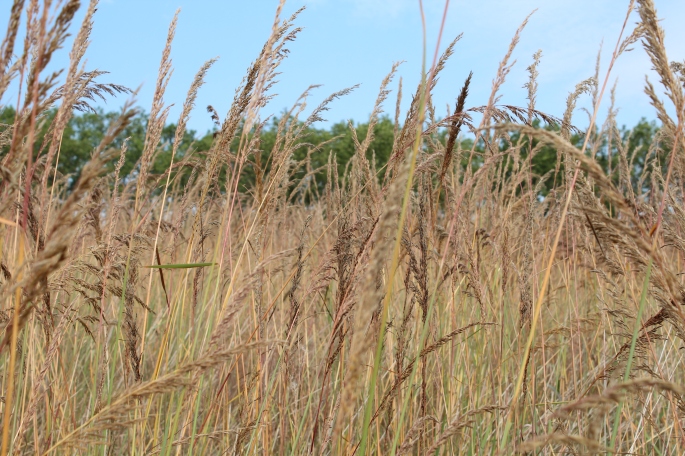 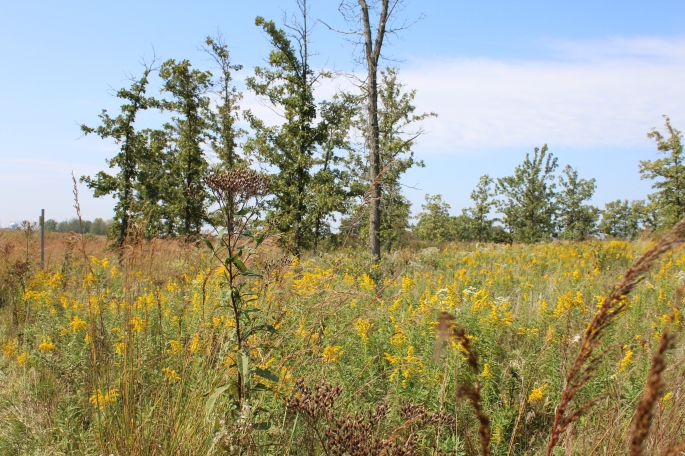 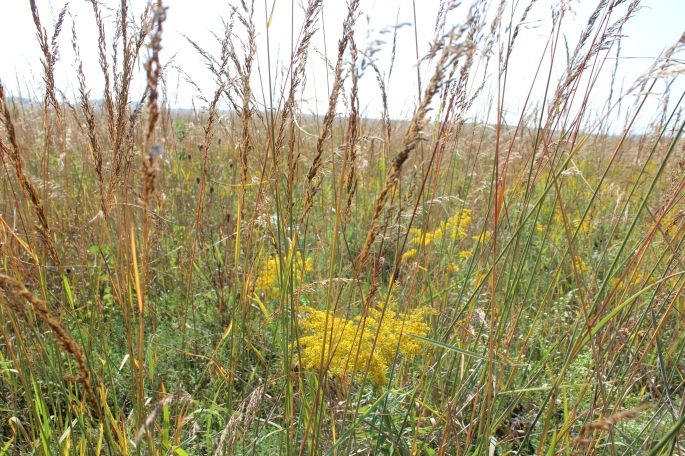 We hiked the gently rolling hills of the Birdsong Trail in the stifling heat, with just a few wispy clouds overhead. (Click here for a trail map.) At one point, my cousin turned to me and declared, “Isn’t this wonderful.” And I wholeheartedly agreed as we walked and talked, savoring the chance to enjoy nature and each other’s company.

Only .001 percent remains of the millions of acres of prairie that existed in Illinois prior to the arrival of white settlers. The 960 acres that comprise Orland Grassland (including more than 750 acres of open prairie) are not original prairie, but a lovingly undertaken restoration that began in 2002 with the purchase of farmland. The U.S. Army Corps of Engineers-Chicago Region, the Forest Preserves of Cook County (FPCC), Openlands (a Chicago-based nonprofit conservation corporation), and other organizations provided $7.7 million in funding for the restoration. Audubon-Chicago Region, the Conservation Design Forum, and Orland Grassland Volunteers have—and continue to play—a major role in the farm’s return to its natural state. 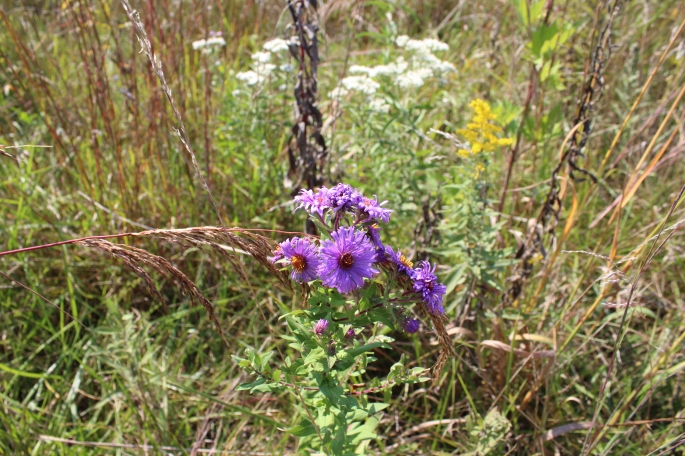 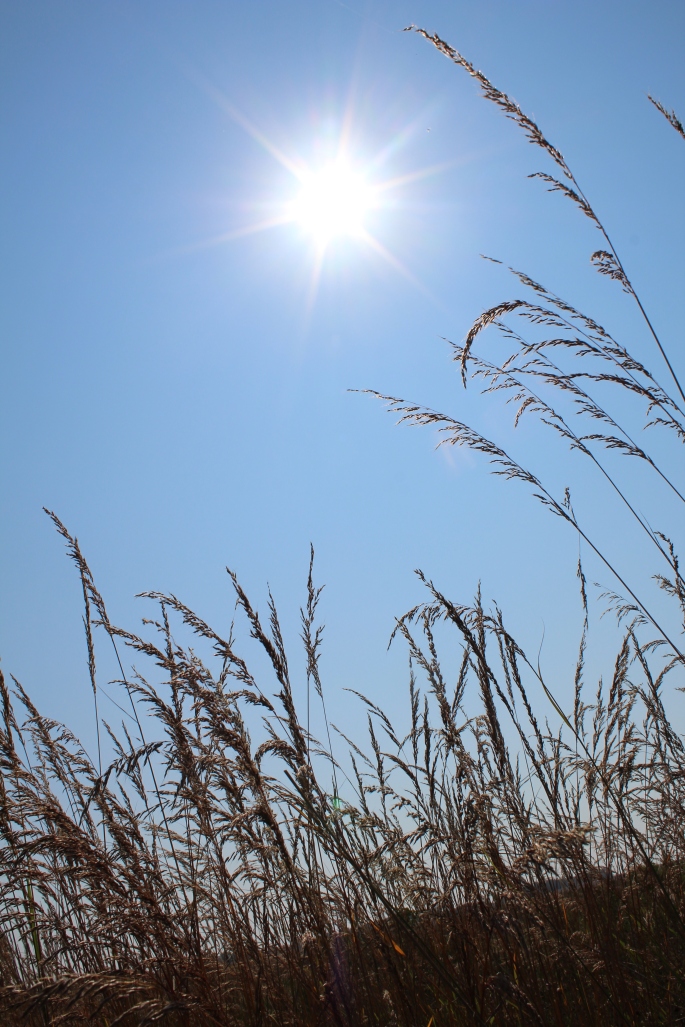 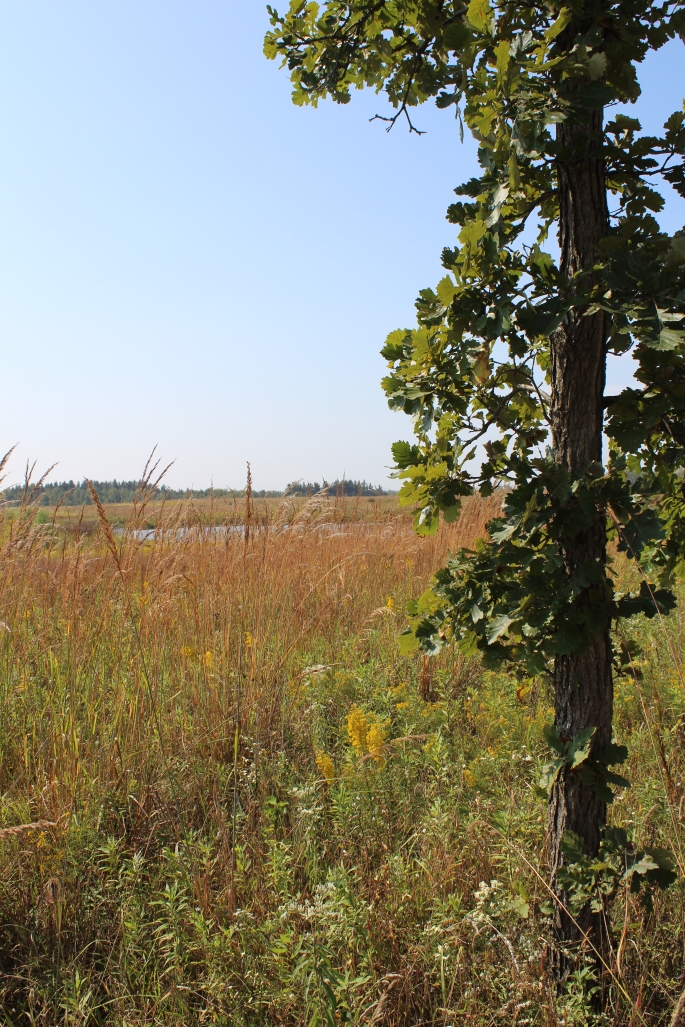 And the work continues. According to the FPCC, “Orland Grassland is one of the largest grassland habitat restoration projects in Cook County. The area…is now being restored as a grassland complex with prairie, wetlands, open ponds, oak savannas, shrublands and woodlands.” 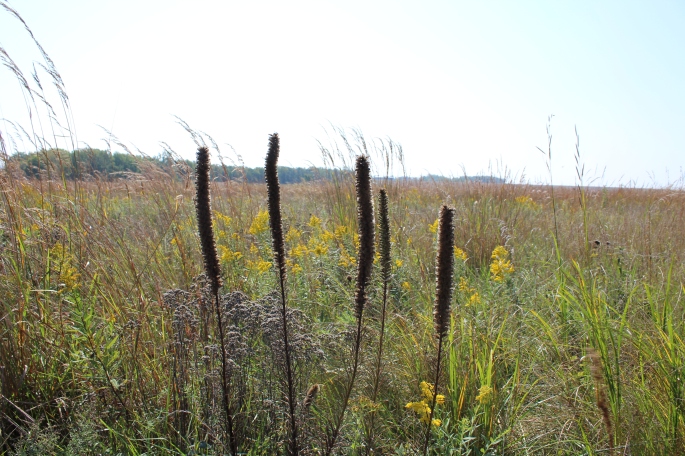 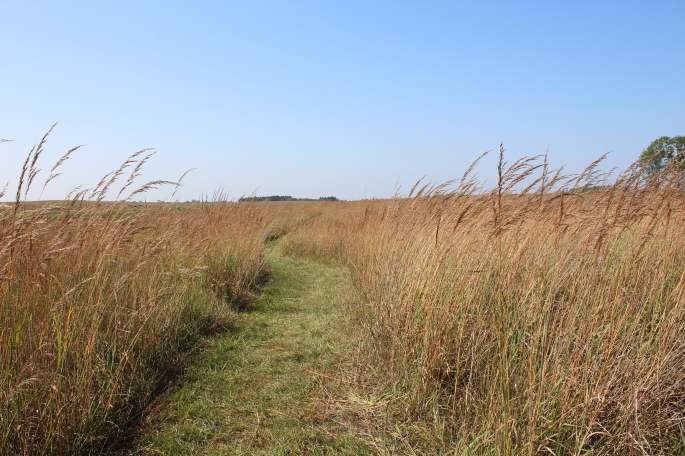 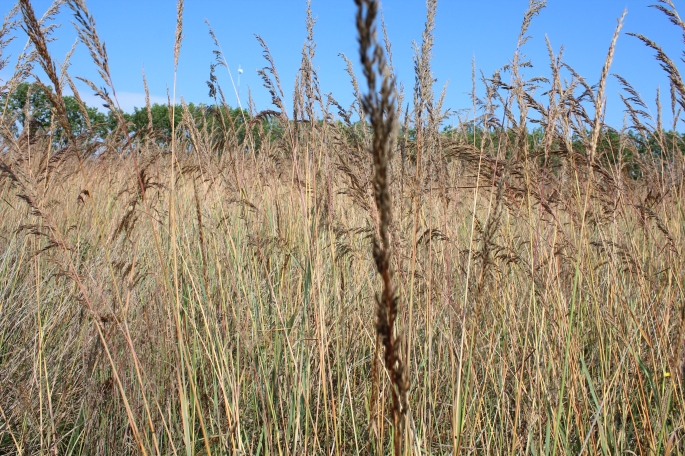 The backstory of Orland Grassland is interesting, but let’s return to the present. Depending on the time of year you hike, you’ll encounter the following at Orland Grassland: 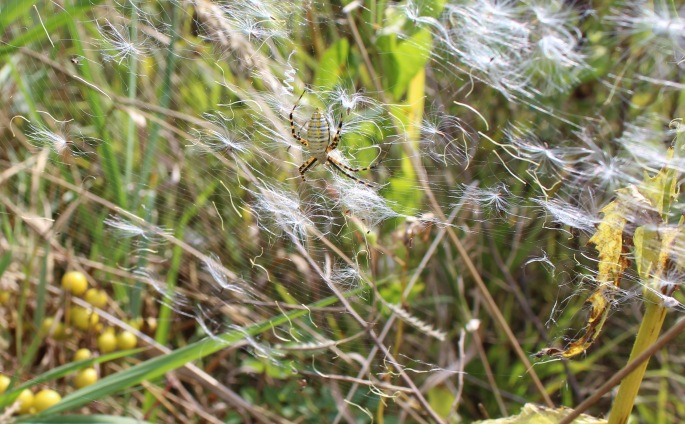 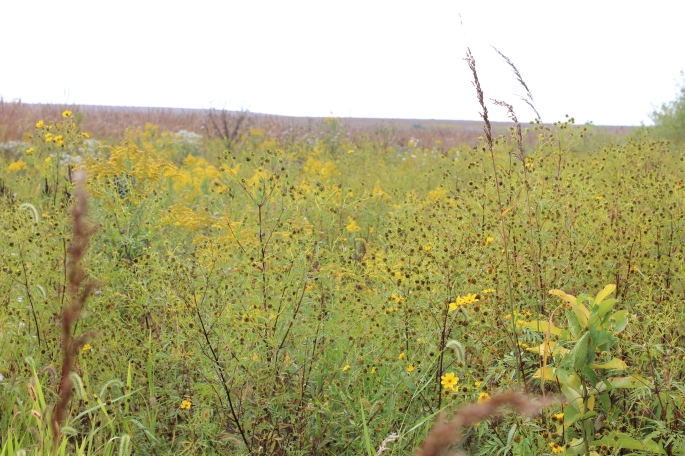 Last Wednesday was one hot day—reaching 98 degrees in some towns—so we cut our hike a little short. But I will be back to hike the Orland Grassland, and I hope you will visit, too. It is well worth a trip. 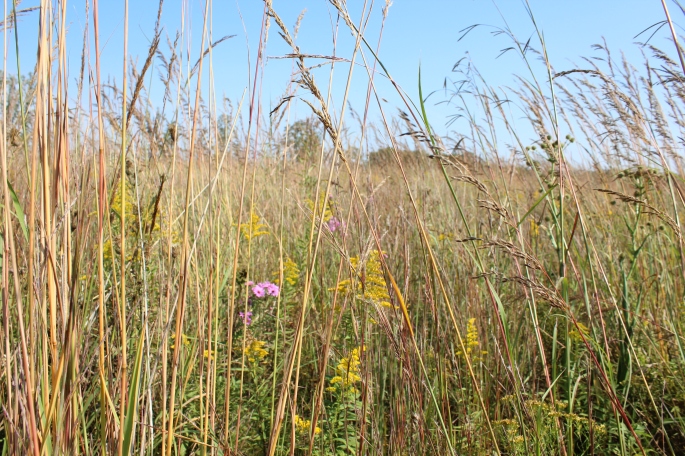 12 thoughts on “Orland Grassland: A Respite From Malls, Motorways, and Modernity”